How to Prepare for Goa PSC Exam? - Career Jobs 360
Skip to content 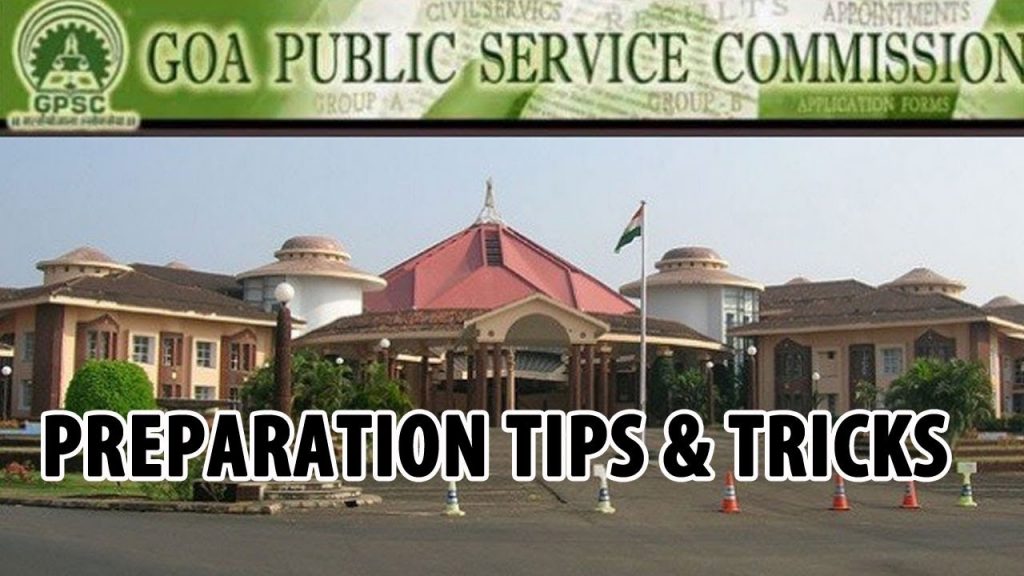 A place with multicultural existence from a very long time, a party paradise in India; yes, it is the union state of Goa. The state has more than just all the fun elements. Is it a long plan to be in Goa? So why not get work there. Yes, there are many opportunities in establishing a work-life at goa. Goa state conducts government competitive exams every year to recruit candidates into its government.

All about the Goa Public Service Commission

Apart from this the GPSC also has many rules and procedures to be followed by the candidates.  The basic requirement for the GPSC is that the candidates must possess the language knowledge of Konkani and English. The candidates who have all these qualifications can only apply for the jobs at goa.

The basic eligibility for attending the GPSC exam is to have a degree or diploma in any field concerned to the post that the candidate applies. Also, candidates with 10 + 2 qualifications with knowledge in Konkani can also apply and are eligible for direct recruitment.  The candidate must possess these educational qualifications to attend the GPSC exam. Age limit for GPSC is 18 as the minimum age and the maximum age is decided by the commission.

The GPSC exam is conducted by three stages with the first two stages consisting of a written exam. This is done by dividing it into two papers the preliminary and the mains exam.

The preliminary exam consists of a paper one and paper two

The second stage or the main exam

It is a pretty hard fight with this exam because it has more than six papers to pass over and out of the six of them are compulsorily to be attended. There are two entire papers among them which test the language abilities. The languages are Hindi and English comprising of 100 marks. The rest of the four are general knowledge carrying a count of 150 marks each. Yes the GPSC exam does sound tedious with six papers to attend however the fruit of the struggle will be worth it.

Stage three of the GPSC

The pattern of the GPSC

The pattern of the papers has two parts A and B.

Part A consists of general knowledge logic thinking or reasoning and arithmetic aptitude.

As already said above the GPSC have three stages of exams the preliminary, the mains exam and the final interview.

Hence from the survey and information, general knowledge about the state and the amendments and acts that were passed on by the state government of goa must be kept updated.

Things like the latest constitution changes, new bills passed, laws enforced must be kept updated to be able to answer the questions. This constitutes the general knowledge of the paper.

The next is the general science questions. The general sciences are further exhaustively divided into four parts with the combined test is physics, chemistry, bio and technology in science.  Even though the preparation might be tedious ignoring this part will result in n failure, hence learning up this part is vital. The candidate can go through NCERT books to prepare for the GPSC exam.

The next is computer knowledge testing. This part is not very deep into computers. It just tests the overall brush ups of the subject like terms, abbreviations, updates in computer field, etc

Other Strategies for the GPSC.

The preliminary exam of the GPSC is covered mainly with the general questions and current affairs.

The main paper of the GPSC consists of six individual papers with first two language papers followed by technical papers. Other dynamic areas like economics and planning are not static so going through articles and newspapers is important for these questions.

It also needs practice in computer science. Hence brushing up a few topics under it will be helpful in the preparation. Also, study materials are available online which can help the candidate prepare for the GPSC exam.

The practice is always been everyone’s advice to any kind of endeavor.  The practice is important even in exams too. Taking mock exams and practicing the previous year question will be of great assistance. There are many materials available on websites. There are also screening tests and mock tests available on the internet for GPSC. Taking those tests will help in practicing the exam patterns thereby making it familiar with the exam environment.

The candidates are asked a series of questions which are basically regional affairs and also about the candidate’s ability to work well and effectively in their respective posts and also how well the candidate executes the policies of the government in their fields.

We are sure this article from CareerJobs360 will help you to understand about Tip to have victory in the Goa PSC.